The furor caused by the Spanish basketball team is not nearly big enough, as far as I’m concerned. That a National team can pose for an advertisement and joke about their appearance in the Beijing Olympic by making slanty eyes is incredulous. 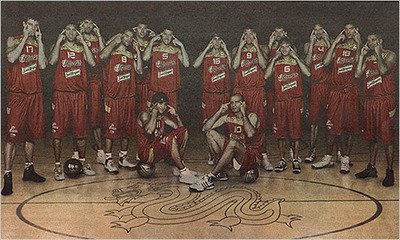 I first heard that they said it was a joke. One of their players said it was a playful “wink” at their hosts. Indeed, he thought it was “appropriate” and an “affectionate gesture.” I have read that Li Ning, the Chinese sports wear company–the Nike of China–sponsors the Spanish national team, so the odds of the team intentionally insulting the Chinese is low. Whatever. If nothing else they were simply stupid. Maybe not racist, but definitely stupid. Their insensitivity may be blamed on ignorance–and did I mention stupidity?–but that excuse is not longer valid for their tennis team which decided to take a similar photo “in support” of their basketball team. 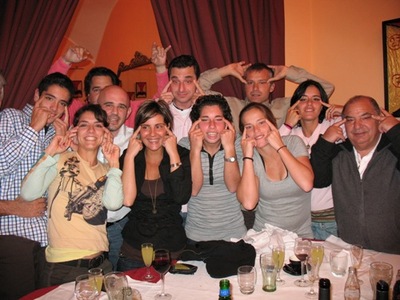 Are all Spanish people of the same opinion? That it is alright to mock a physical characteristic of another race? Do they not know the effect of their actions? I have had this done to me a number of times when I was a kid, mostly by those of Mexican descent amongst whom I grew up in East LA, when they called me “ching chong chinaman”, or “jap”. I’m pretty sure these actions and words were not expressed with affection and it did not feel appropriate to me. That the Spanish Olympic team is incapapble of comprehending their actions is mind boggling. And what are we to make ot the general silence by the Spanish people? Is this a reflection of their social values?

Personally, I am insulted.