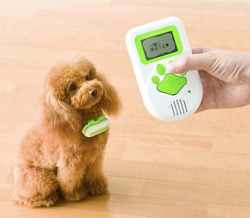 have to admit that I really suck at organizing my life. I put off my taxes to the very last moment but luckily get them in on time. Now its back to real work. I know that I have a lot of grading to do. So what do I do? Have a curry party with my students. Go out to dinner with M. I have a PhD in Japanese Lit and in Procrastination Sciences.

At school today, I’m at my desk with a mountain of papers in front of me–47 to be exact. I start to grade the first paper on top and am immediately bored. Out of the corner of my eyes, I catch a glimpse of a book that looks unfamiliar to me on my shelf. Naturally, I reach for it. It’s a collection of stories from the Showa era that were, over the years, published in the journal, Chuo koron. The name of one author catches my eyes. Akutagawa Ryunosuke–Shunkinsho (Portrait of Shunkin). Of course, I open to that page and start reading it. In fact, I read the first section, before getting bored and noticing another author. Enchi Fumiko–Onnazaka (The Waiting Years). Hmmm, this is interesting….

I then hit myself in the noggin with my knuckles to wake myself up. What the shit are you doing? I ask myself, rather stupidly. I return to the mountain and all I can do is sigh. Whooo… I’m glad there were no students outside my door to see me act like a wierdo.

I’m now home, eager to get this grading done, but of course, I have to check my e-mail, something I rarely do. I click on my browser and “accidentally” click on the link to Xanga, and voila! Here I am, procrastinating even more.

Okay, okay, I will not bore you any more with this drivel. It is pointless and a total waste of your time and mine.

Do you ever feel like just not doing something?

made the mistakes of showing Grave of the Fireflies in class today. I've shown three WWII- related films–McCarthur's Children, 24 Eyes and Black Rain, so I didn't need to show another one. But I wanted to show at least one animation, and decided on Fireflies.

The story is about a teenage boy and his four year old sister trying to survive on their own during the air raids of Osaka in WWII. Their father is at war in the navy. In an air raid in the beginning of the film their house is burned down and their mother dies. Seita doesn't tell his sister, and struggles to deal with the death by himself. He takes his sister to their aunts place in the suburbs of Osaka, where they are initially welcomed, but soon treated as a burden–two extra mouths to feed during at time when food is severely rationed. The aunt welcomes the bartering goods that come with taking care of Seita and Setsuko: their connections as the offspring of a naval officer and their mothers silk kimonos. But once rations are depleted and there are no more kimono to trade for food, they are treated as parasites. Seita is a proud boy, willing to try to live by himself and his sister. He is not about to put up with the insults and frigidity of his aunt.

So Seita and Setsuko find an old, deserted storeroom dug into a knoll next to rice fields. There they initially eat the rice they brought and buy what they can with the money left to them by their mother, but they soon start scooping field snails (田螺) from the rice fields and search for nuts and berries in an attempt to survive. But life is hard. Seita even begins to cheer air raids because he can loot the houses of people who have fled to bomb shelters. Still, the food is scarce, and little Setsuko gets weaker and weaker.

I won't spoil the ending, but the story avoids even a tinge of sentimentality. It is hardcore story telling about how difficult it is for children caught in the middle of a war waged by adults. It is a fantastic movie and NONE of my students left the room. There are usually a few who sneak out during the middle, but no one left this time. At the end of the movie, my eyes started tearing up–man, this story is so freakin' sad! Ah shit, I CAN'T let my students see me all misty-eyed! So I started taking deep breaths, trying to hold back the tears. I stretched my arms above me, squeezing some composure back into myself. Damn, I shoulda left and gone to my office! But behind me, I heard a bunch of different people sniffling. When the film ended and I turned on the lights, a number of people had reddish eyes. I had to laugh.

"I'm glad I'm not the only one crying," I squealed, as I whisked away the moisture from the corner of my eyes with my fingers.

They had to laugh, too.

n yeserday’s film class, I showed another movie for the first time. This semester, I am trying to introduce more films. I was certainly getting tired of showing the same ol’ same ol’ for the past eight years–Seven Samurai, Ikiru, Woman of the Dunes. But there were so few new Japanese films available with English subtitles. I mean, there were Anime, but there aren’t very many I would show in a Culture Through Film Course. There were also the horror flicks–Ring, Juon (Grudge), Uzumaki, The Cure–and of course, the extremely violent ones like Ichi the Killer, Tokyo Fist, and Suicide Club. If my class were strictly a film course, then I could probably get away with showing some of these films, but the course is supposed to show films that reflect the culture in one or another, so I was stuck. 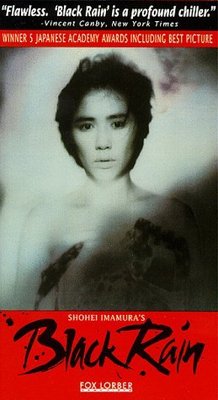 But 2005 was a banner year for new J films. Some of the old ones that were NOT by Kurosawa, Mizoguchi, Imamura or some of the other “internationally acclaimed” directors, have been released like Kill and Matango (Attack of the Mushroom People!). So I have been getting the library to purchase these new films to show in class. I’ve already shown Kill and Samurai Fiction. Today I showed Black Rain, a film on the struggles of a young woman who was near Hiroshima when the atomic bomb was dropped. The hero, Yasuko, is far away when the blast hits but she as she makes her way to Hiroshima to see if her relatives are okay, she is splattered with black rain–radioactive condensation from the atomic plume. The story follows her trials of being unable to get married after the war because of fears that she is too ill from the radiation. Others in her village also suffer from the effects of the war, psychologically and spiritually as well as physically. It is a sad and moving anti-war statement.

Some may view the film rather skeptically, as the Japanese are portrayed as victims of the war and the atomic bomb. Indeed, there are many elements in Japan who gladly remind the rest of the world that Japan is the only country to be attacked by an atomic bomb, but conveniently forget that Japan colonized and terrorized much of East Asia during the first half of the 20th century.

Still, there are those Japanese, like young Yasuko, who lived lives typical of many East Asian cultures–obedient to a fault, submissive to the dictates of superiors–and they end up paying for there obedience by suffering and ultimately dying. So perhaps we can accept this film as representing the suffering of the many innocent Japanese individuals rather than the suffering of Japan as a whole. Of course, I might be biased here. As many of you might remember, my mother was in Hiroshima back then, as well. I even began to write a bit about her actual experience–although I have yet to finish it.

Even more, my mother’s name was Yasuko, too, so whenever I watch this movie, I can’t help but superimpose her over the character in the movie. Sadly (and I swear I didn’t plan it this way), today marks the 4th year since her passing…